“Don’t be lazy and make assumptions about people. Ask about their story. Then, listen. Really listen. Be humble. Be teachable. Be human.” – Eugene Cho

This story isn’t about JUST ONE life, but two. Remember the little girl named Ashley that we went with Mama Phoebe to rescue last June?

She was reported abandoned by the neighbors and was extremely sick and malnourished. We went with Phoebe last June into the Obunga Slum to get a better understanding of how many of the children‘s cases start that she cares for in the orphanage.

When we arrived, Ashley’s mother was there and we were able to talk with her. Instead of bringing shame and pointing the finger we sat in the ransacked dirt hut and were just as concerned for her well being as we were for Ashley. We listened, asked questions, cried with her, and shared some words of life praying that it would lift her heart out of the desperate place she found herself in. We knew that two lives hung in the balance in that moment and our hearts were torn in two. In the end she handed over her daughter as she was not capable to care for her and was needing to get her life on a different track.

Fast forward to this trip, June 2015 as our team was working at Salem Church where a free medical clinic was being facilitated provided by Just One Africa. Ashley’s mother saw a poster that Mama Phoebe hung up in Obunga slum advertising the medical clinic. Our picture was on the poster, she recognized us and ended up coming to the clinic. Phoebe saw her sitting in line to be seen by the doctor and came and got us. What an amazing reunion and wow what a difference has come about in her. She was smiling and she looked so amazing! She said she was sober, and was attending church, making better choices. She asked about Ashley and said to tell her she loves her. We asked her how she was doing and what she wanted for her future. Her dream is to own a sewing machine so she can start doing seamstress work. We pray this will be a reality for her in the near future and we will rejoice in the day this comes to pass!

It would have been so easy to have just removed Ashley from her home a year ago without a thought for the mother but instead we chose not to assume, but took the time to ask questions and listen. Each life is valuable – we all have a story to tell, one that is important no matter the hurt, regret, or failure. We all have brokenness in our lives, each needing a new start, we all are human. Each of us have an opportunity for a better future and we were incredibly blessed to share in the journey this precious woman is making for a future filled with hope. 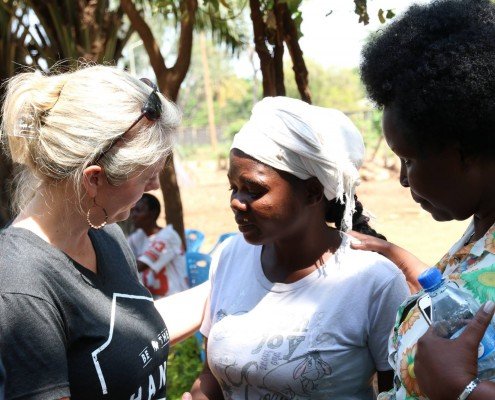 You Can Make a Difference 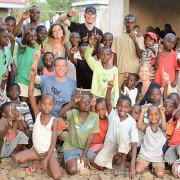 It starts with Just One…

You chose to say YES!

At the foot of the Mountain

Starting School with Just One!
Scroll to top